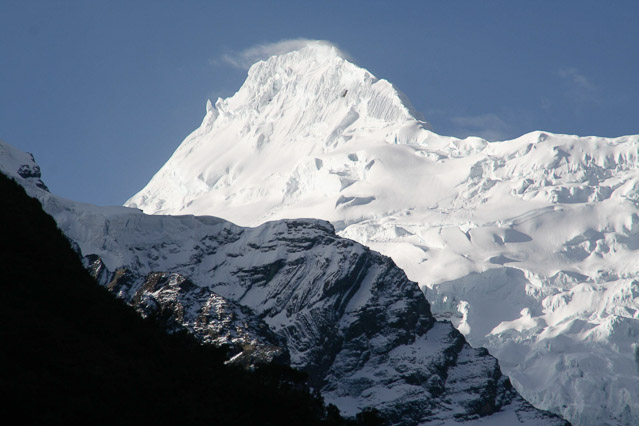 The uplift of the Andes mountains over millions of years has been due to a combination of plate tectonics and volcanism. Tectonic plates are sections of the earth’s crust that are in motion. Where they collide, they cause earthquakes and volcanoes and form mountains.

The South American plate, which carries the South American continent, is moving westward, colliding with the eastward drifting Nazca plate The collision has caused the heaving and folding known as orogeny, or mountain building, that has formed the Andes. As the leading edge of the Nazca plate sinks into the subduction zone under the South American plate, rock and sediment become molten and rise through cracks to emerge from volcanoes as lava. There are still active volcanoes all along the Andes, from Colombia to Chile.

Biogeographers divide the Andes into three segments – the northern, central and southern Andes, each with its own characteristics. Peru is part of thecentral Andes, which include some particular geological features, such as the split into the Cordillera Blanca and the Cordillera Negra in the Ancashdepartment in central Peru, and the Altiplano, a 3,800-meter-high plain in southern Peru, which includes Lake Titicaca. The highest peak in Peru is Mt. Huascarán, at 6,768 meters (22,200 feet). Peru also has the largest expanse of tropical glaciers in the world. 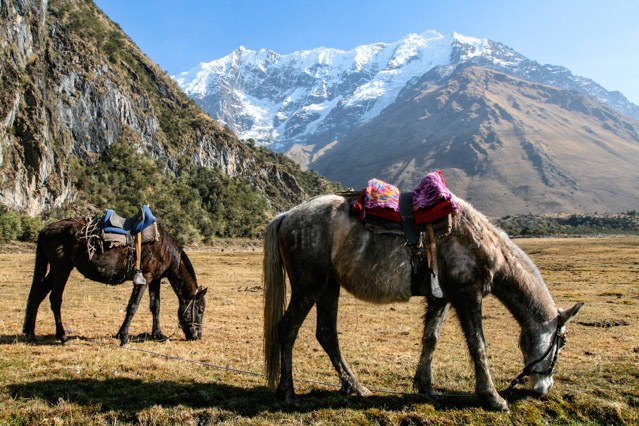