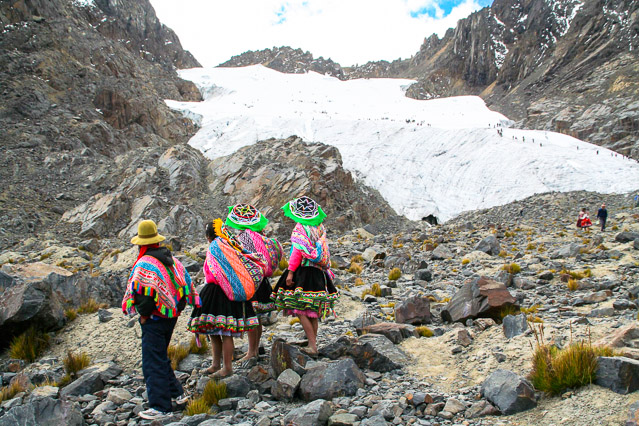 The Andes are topped by the largest concentration of ice anywhere in the Earth’s tropics (the belt around the middle of the planet, between 30 degrees North and 30 degrees South latitude). In 1991, tropical Andean glaciers covered an estimated 1,065 square miles (2,758 sq kms), with 70% in Peru, 20% in Bolivia and the rest in Ecuador, Colombia and Venezuela.

But global climate change has taken its toll in recent decades. Glaciers have now disappeared from Venezuela and are shrinking in the other countries. Figures from 2002 put the area at 962.6 square miles (2,493 sq kms), a loss of nearly 10% in just over a decade. While the speed of the retreat varies from place to place, the trend is unrelenting. A 1987 aerial inventory of 18 of Peru’s 19 snowcapped ranges registered 3,044 glaciers covering 788 square miles (2,041 sq kms). Ten years later, satellite images showed the area had decreased by more than 20%, to 615.8 square miles (1,595 sq kms). 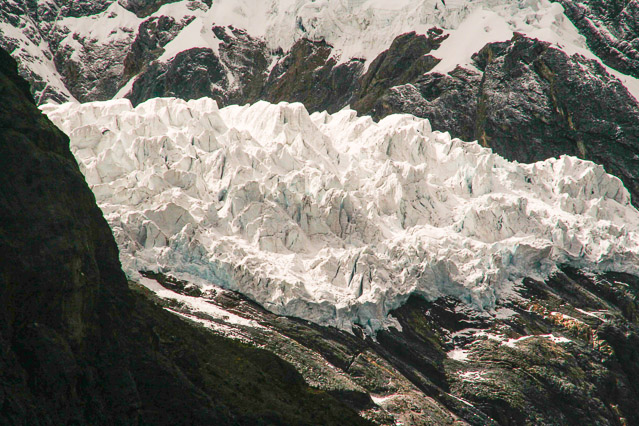 Glaciers are giant water storage systems. During the rainy season, between about October and May, precipitation falls on them as snow and accumulates. During the dry season, they release meltwater that keeps the high, boggy pastures where llamas and alpacas are raised green, provides drinking water for communities, and powers hydroelectric dams. Farmers throughout the Andes worry about the impact of melting glaciers on their livelihood and customs. People in cities like La Paz, Bolivia, and Quito, Ecuador worry about the impact of disappearing glaciers on their drinking water supplies. And an El Niño-induced drought in Ecuador and Venezuela in 2009 led to brownouts because of a shortage of hydroelectricity.

Water is not the only valuable resource being lost. Layer of glacial ice accumulate annually, like tree rings, providing a record of climate and other scientific data stretching back thousands of years. As the glaciers melt, that record is being lost. Researchers from the Byrd Polar Research Center at Ohio State University are teaming with Peruvian scientists to study glaciers in the Cordillera Blanca and the Vilcanota range in Cusco. Besides tracking the retreat of glaciers, they have taken ice cores that are now in a deep freeze at Ohio State awaiting future study. 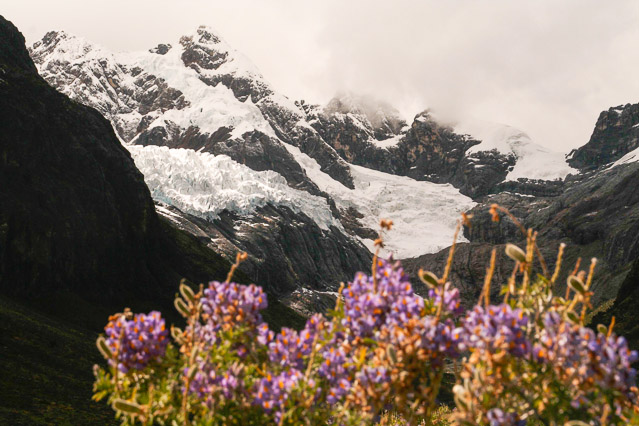